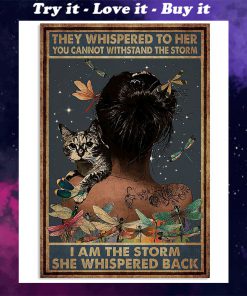 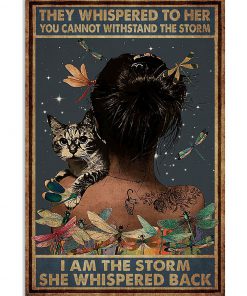 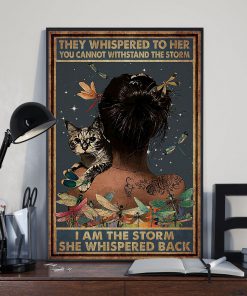 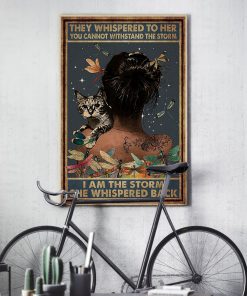 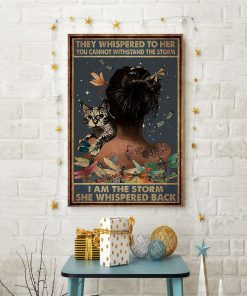 nor include suspect classifications are reviewed they whispered to her you can’t withstand the storm dragonfly and cat retro poster under rational basis scrutiny, under which the person challenging the law must show

related laws after admission. The heads of all relevant executive departments and agencies shall issue new rules, regulations, or guidance , they whispered to her you can’t withstand the storm dragonfly and cat retro poster as appropriate, to enforce laws relating to such grounds of inadmissibility and subsequent compliance. To the extent that the Secretary of Homeland Security issues such new rules, the heads of all other relevant executive departments and agencies shall, as necessary and appropriate, issue new rules that conform to them.” ). 79. DHS understands that certain aliens may be eligible for state-funded cash benefits. As there are multiple state, local, and tribal programs that may provide cash benefits, DHS does not have a specific list of programs or data on the number of aliens that may be affected by the rule by virtue of their enrollment in such programs.

72.See Korab v. Fink, 797 F.3d 572, (9th Cir. 2014) (“ederal statutes regulating alien classifications are subject to the easier-to-satisfy rational-basis review . . . Although aliens are protected by the Due Process and Equal Protection Clauses, this protection does not prevent Congress from creating legitimate distinctions either between citizens and aliens or among categories of aliens and allocating benefits on that basis . . . The difference between state and federal distinctions based on alienage is the difference between the limits that the Fourteenth Amendment places on discrimination by states and the power the Constitution grants to the federal government over immigration.”) ; Lewis v. Thompson, 252 F.3d 567, 570 (2d Cir. 2001), citing Lake v. Reno, 226 F.3d 141, 148 (2d Cir. 2000) (“We have recently recognized that a `highly deferential’ standard is appropriate in matters of immigration . . . .”). Generally, laws and regulations that neither involve fundamental rights